Don’t throw out your old Japanese Indigo seed just yet.

Strange the things you think about when you are trying to get to sleep. For a week or two now I have noticed some germination activity going on in an old seed tray I moved outdoors at the end of last year. A few days ago (8th Feb) I took a closer look and realised that the seedlings were Japanese Indigo, so I’ve been thinking about this ever since.

The weather here has been very mild since before Christmas, with only a few night time frosts. During the day it’s been warm enough for Japanese Indigo to germinate but how has this happened? Japanese Indigo seeds only stay fertile for about a year, unless you freeze them, right? Well, clearly not, as my seedlings testify. I moved the seed tray indoors and yet more germinations. What is going on?

Although the label on the tray is long missing, I believe that this is a tray of seeds planted during late summer (September) of 2019. I wanted to see how old seeds could and still germinate. I admit my documentation was poor, but when it comes to plants my memory is quite good (more than can be said for my ability to remember anyone’s birthday). Germinations at the time were very poor. Only a handful of plants germinated and eventually I decided there would be no more so moved the tray outside. Outside, the tray has been exposed to all weathers including some hard frosts. Moss and even a Common Rush (Juncus effuses) had grown during the late Autumn and winter. But in all this time the seeds (from 2018) were not dead, but dormant. 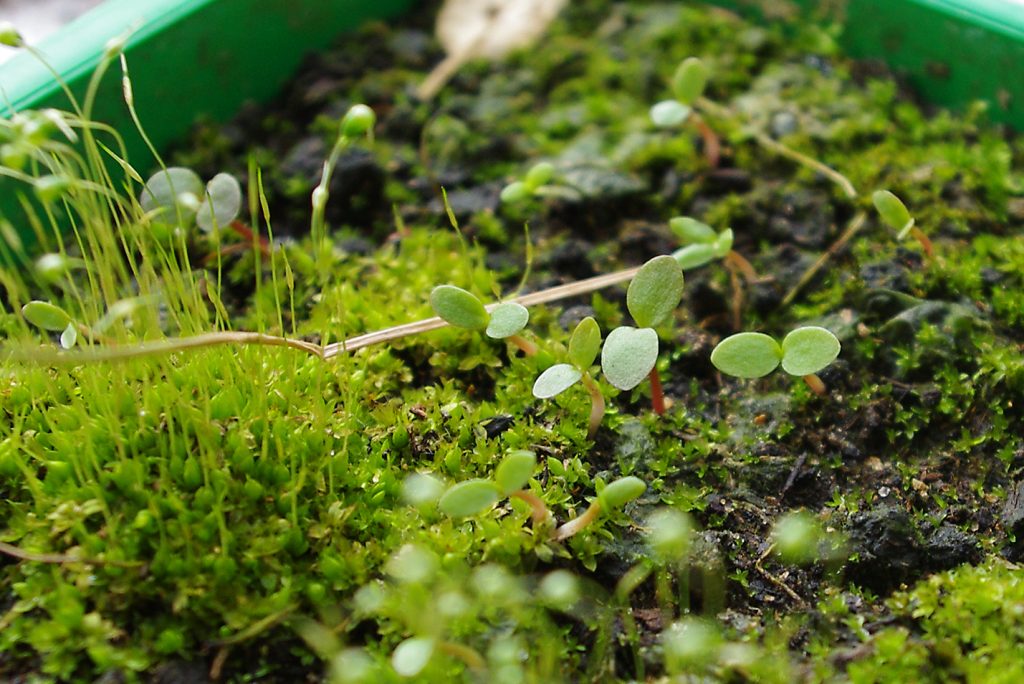 Seed dormancy is a fascinating subject as plants use all sorts of strategies. Some seeds are dormant from the moment they become ripe and need a period of vernalisation or their tough seed coats need to be scarified i.e. damaged before germination. Some seeds will stay viable for decades and others only last a year. I had thought that Japanese Indigo fell into the latter category, as germination rates steadily decline from age 6 months onwards. At 12 months of age few if any seeds will germinate even when sown in good conditions with warmth, light and moisture. I asked myself a question. What happens to an annual plant whose seed only survives a year, when there is a serious drought lasting for months? The plant dies out of course. But thinking about it, that’s crazy – no plant would use such a strategy unless it had evolved in a world where there were never droughts or forest fires etc. Japanese Indigo seed with its hard shiny black protective coat actually looks like it’s designed to last a considerable time.

I have a distant background in plant biology and this is what I think is going on:-

Fresh seed readily germinates. But if the environment is harsh and the seed is prevented from germinating, dormancy-inducing chemicals slowly accumulate within the seed. If the seed is exposed to soil bacteria and moisture the protective seed coat slowly breaks down until dormancy is broken. Alternatively the seeds might need to be vernalised to break dormancy. My seed tray was exposed to low temperatures and frost which may have done the job too. As soon as the conditions are suitable the seed then germinates.

So how can the small grower take advantage of this new finding? At the current time I do not know. You can certainly try sowing old seed into trays and leaving them outside during the winter. But, until I know exactly what mechanism was involved (scarification of the seed coat or vernalisation) I cannot say with any confidence how you can break dormancy quickly. More experimentation is needed.

If anyone out there has any further information I’d love to hear it. 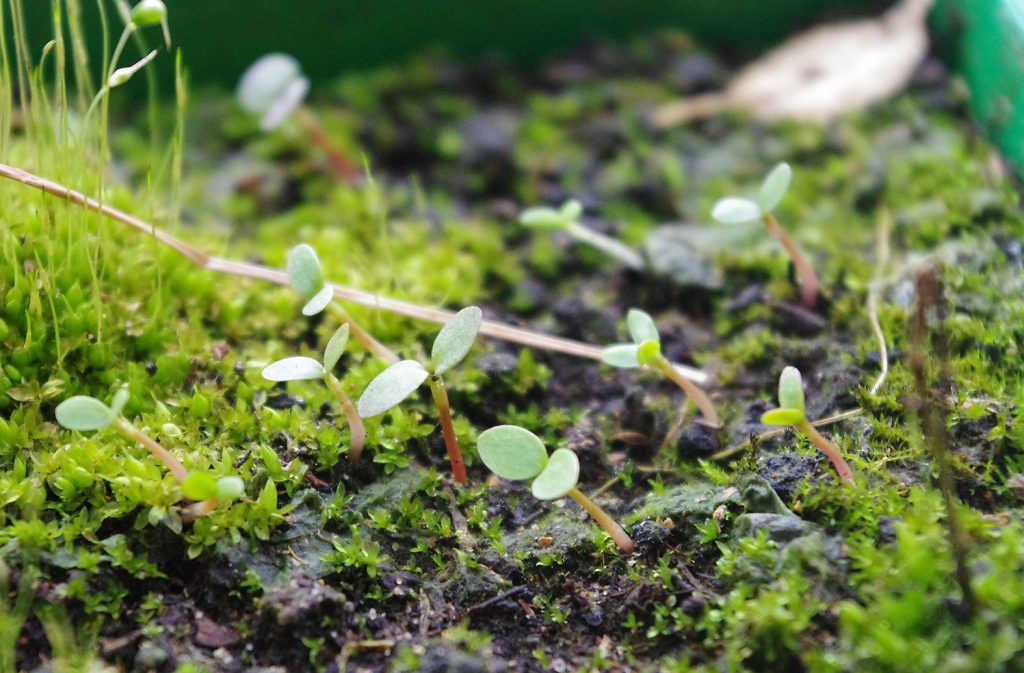