I live in Hitchin, Hertfordshire but was born and grew up in Norwich. I have a BSc in psychology, an MSc in Organisational Psychology and am fascinated by what leads people to finding fulfilment in life. For me it has never been money and status. I love learning, teaching and using my imagination. It’s taken me a long time to come close to finding my niche.

My early working life was in technical fields: graduate student in psychoacoustics; computer programmer in retail and insurance sectors; systems support analyst in banking. This was followed by a series of roles working as a change agent: customer focus manager in banking; campaigns assistant for environmental transport charities; community activist.

It’s in the nature of campaigning that very few people can work at full pelt indefinitely. In my case I recognised that I needed to step back from activism after about 7 years. The trigger to change direction came when a close friend and mentor developed motor neurone disease. I chose to give up paid work for a while in order to help with her home hospicing. This was a transformative experience which coincided with an increased interest in textile craft.

I have no idea whether my name tracks back to plant dyers in my family tree. But nothing can compare to the delight I take in creating colour from home grown plants.  Plant dyeing rapidly became an obsession and my stash of raw materials grew and grew. In 2012 I decided I needed to move to the next stage and learn about design and making.

Partly because I wanted a course locally and also because I was more confident with a sewing machine than knitting needles or a crochet hook, I enrolled on a Patchwork and Quilting City and Guilds course with Studio 39 in Baldock. This has been a revelation.

I can combine my love of colour with research skills and imagination to create original designs to communicate on issues that are dear to my heart. I’ve extended my plant dyeing to fabrics of all kinds.  I’ve developed the visual part of my brain in ways I’d not thought possible. I keep a daily drawing journal out of pure delight and literally see the world differently as a result of the course.

I believe that the patchwork and quilting world has much to discover about the contemporary use of plant dyes and I want to spread awareness of the amazing colours that can be achieved.

I’ve come from dyeing, through a visual practice, to stitch. I look forward to connecting through my blog with stitchers everywhere who want to know more about creating bright colours on fabric from home grown plants. 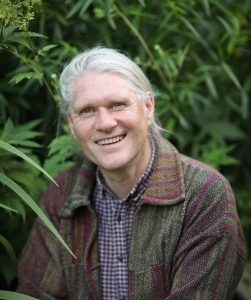 When I was at infant school I remember being taught about stone age man. You know, there was one of those illustrations in a book showing a group of fur clad primitives with stone tools and maybe a spear. One of these people would have been holding a bowl containing crushed up berries and was smearing red juice onto another’s face. Our teacher told us that coloured pigments (paint) was made from berries by our ancestors. Something about this imagery penetrated deep into my young mind and back at home I went into the garden and picked a load of nice red berries off a bush and mashed them up in a bowl. There was little or no colour, just a mess of greenish brown sludge which produced a greyish brown stain on paper. I was puzzled and disillusioned, either my teacher was wrong or there was something she was not telling us.

The idea that our teacher was ignorant or the teaching material had been dumbed down for an infantile audience never occurred to me but I never forgot the incident. I eventually went off to University and got an Honours degree in Biology and Geology. However, I graduated into the 1980’s recession and there were no jobs to be had, so after a number of years unemployed I went back to college to do a Graphic Design Diploma in illustration and spent the next 16 years employed as a Graphic Designer.

During this time I met Susan, we settled in HItchin and soon acquired an allotment. In my mind the thought of obtaining colour from plants began to resurface for some reason. I did some research into dye plants and singled out the three plants that would give three primary colours – red, blue and yellow which I knew could be combined to give all the other colours. These plants were woad, madder and weld. I started with woad and madder and got a handful of seeds by mail order. The woad seeds grew well and in a few months I had some large plants. The madder seeds only produced a single germination (all of our madder has been propagated from this one plant). It would be some years before we would have a harvest worth using. Meanwhile I had obtained a sheep’s fleece from an organic farm and together we started to work out what to do. Susan joined the local Guild of Spinners, Weavers and Dyers and we were in good hands.

One fateful day I picked our entire crop of woad and took it in a carrier bag to a meeting of the North Herts Guild. We had looked at a recipe for extracting the indigo but had never seen it done and were hopeful that the other guild members would be able to help out if we got into trouble. We followed all the instructions and achieved nothing! No blue, not even a hint of blue. The guild members could not see where we had gone wrong and I went home that evening just as disillusioned as that first time at school. We would have to wait a whole year to try it again!

With Susan’s encouragement we did eventually have another go. Our mistake was using the wrong chemical to reduce the indigo. We should have used “colour run remover” but used “colour fix”. We have come a very long way since then.

When I think back to all the time we have spent in natural textile dyeing and dye plant growing I wonder about the point of it all. There was a time when as an artist/illustrator I only regarded paint as a tool and did not much care where it came from. Growing plants on the allotment changed that perspective enormously. It brought me in touch with the reality that raw materials cannot just be magicked out of thin air, they have to be worked for. I saw that colour could be obtained from the natural environment and that it was possible with a few simple and inexpensive tools and materials to create from the wool of a sheep’s back, finished garments.

We are all so habituated into buying readymade products off the shelf that we have forgotten the pleasures of creating something from scratch, where every single aspect is dependent on our design and craft skills. We can look at such an object and fully appreciate its value because it has become a part of ourselves. 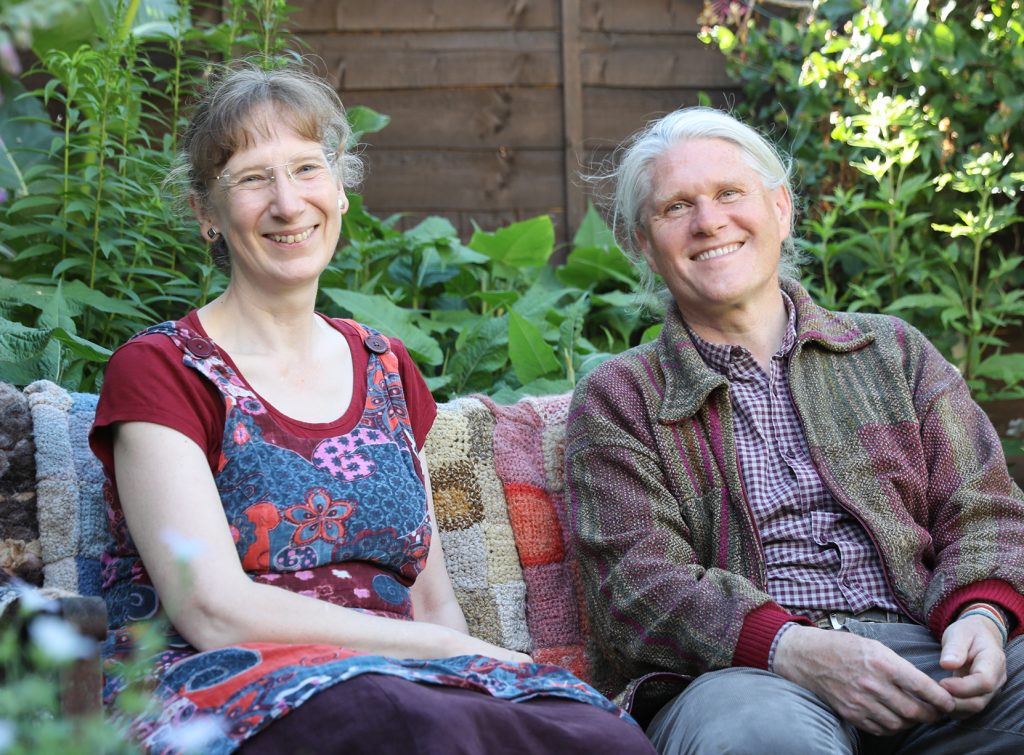